Constructed during a one week Graduate Fellows Residency at Headlands Center for the Arts in June 2009. The design of the bunker was modeled after the first generation of the bunkers from WWI.

As an artist concerned with bridging the gap between my artistic practice and my family’s military history, Headlands provided me with a unique opportunity to bring the two worlds together. During my Graduate Fellowship, I became very engaged by the bunkers dotting the coastal landscape of the Marin Headlands. The Coastal Defense bunkers remain in a dilapidated form today, resting military monoliths in the now public land of the Marin Headlands. The bunkers are slowly being reclaimed by the land, facing the persistent Pacific Ocean. My interest in them is their former (and current) function as observation outposts: always on guard, looking out for a threat that never came. For me, they are a metaphor for the artist – an active but stationary observer. I began the series of work at Headlands and will be exhibiting a further developed version of the project at Patricia Sweetow Gallery in San Francisco in 2010. 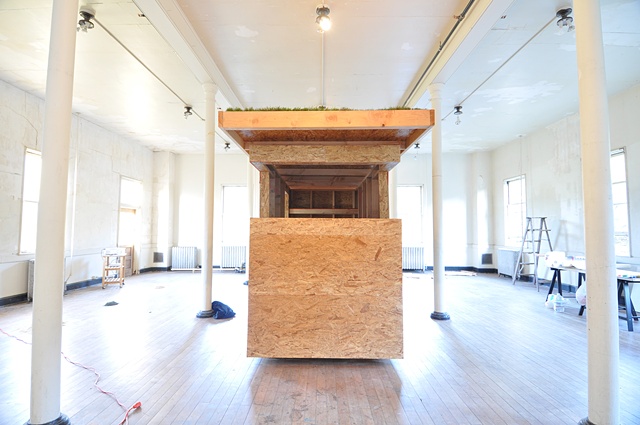 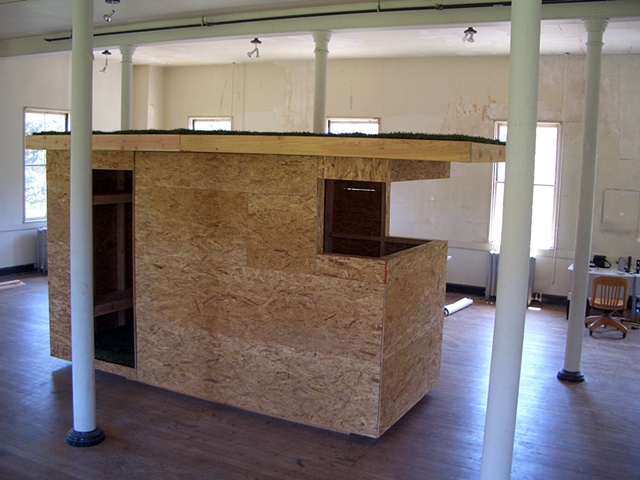 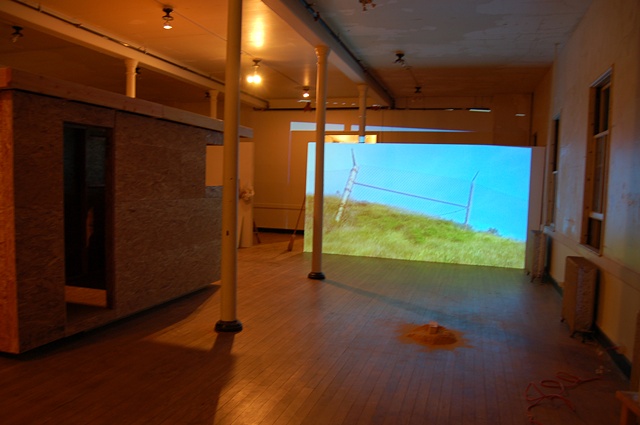 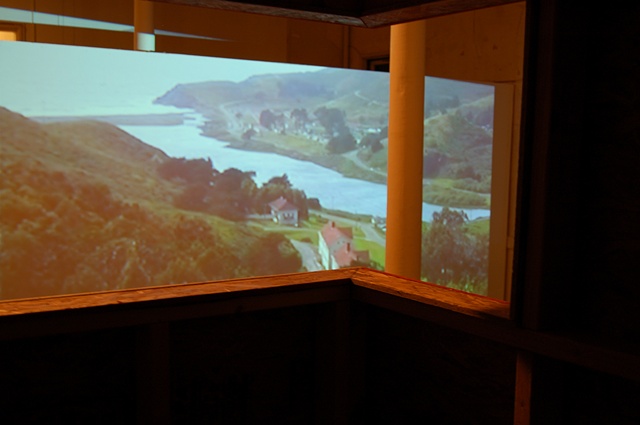 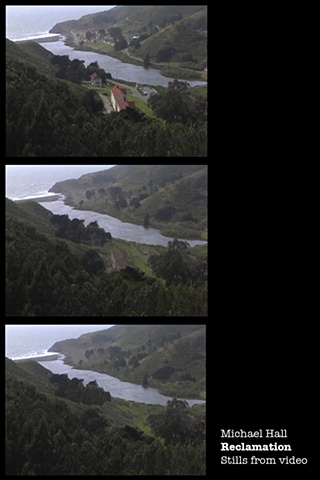 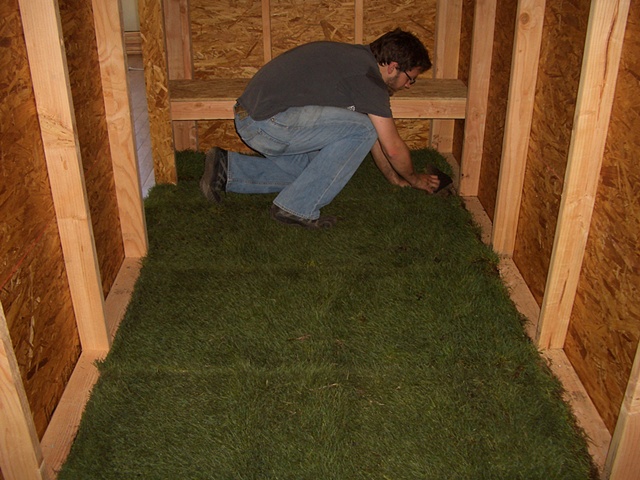 Laying the sod on the interior of the bunker 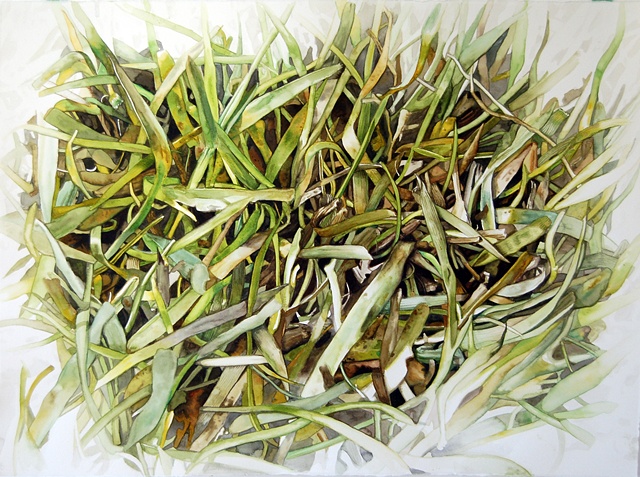